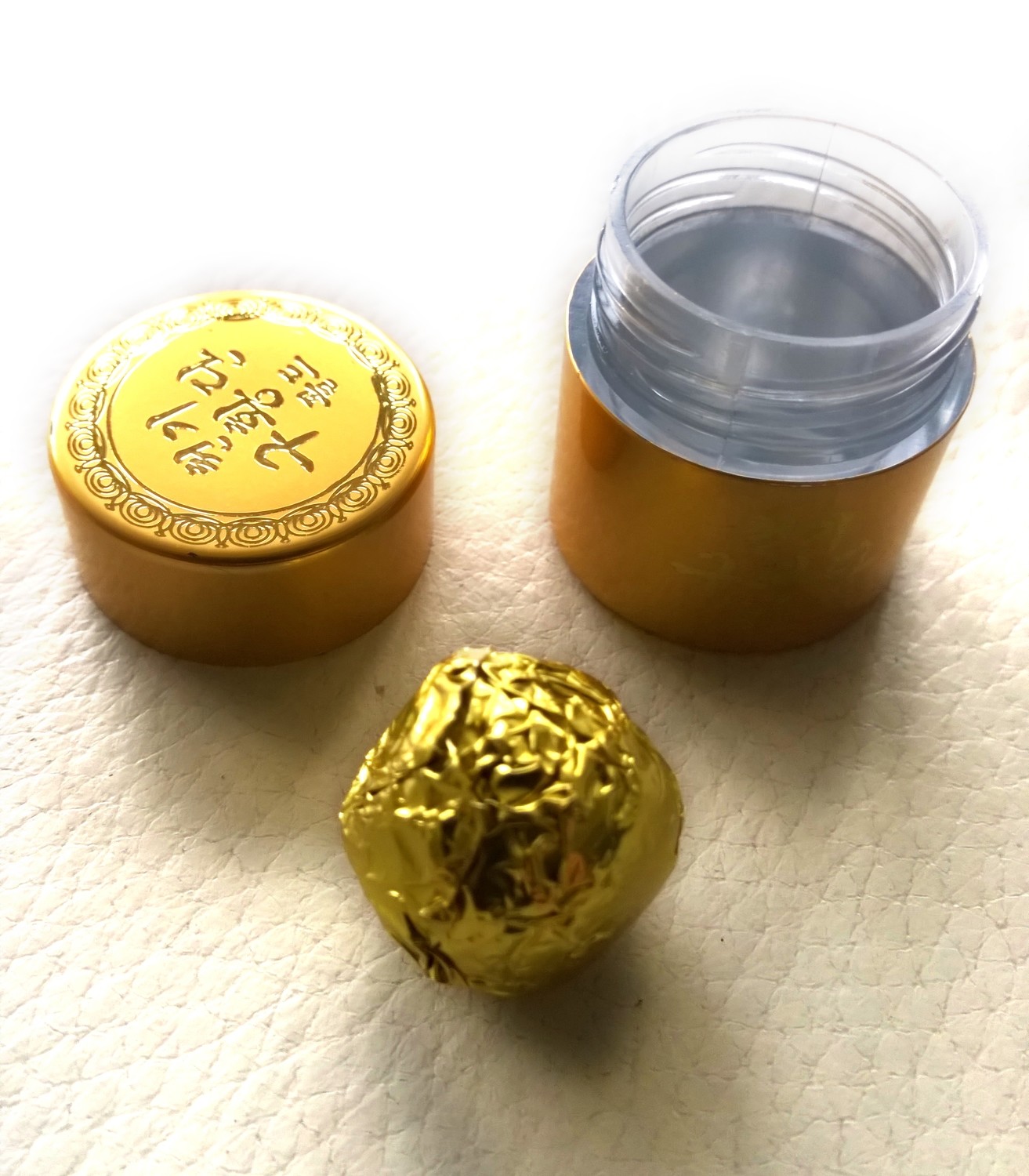 Delivers a rush of great herbal taste and a steady flow of "clean" energy to help keep you awake, stay alert and sharply focused

Acanthopanax - a deciduous shrub of araliacae, of which leaves, berries and roots are edible and its taste is spicy and bitter and its nature is warm.

Aloeswood - it is Korean name Chimhyang means a juniper sinking in water. If it is hurt or rotten, it produces resin to protect its wound. The tree with resin is cut and buried in soil or left to be rotten and thereafter, the part of tree without resin is removed. The remaining portion of tree with resin is called an aloeswood. It has a unique fragrance and tastes spicy and bitter and its nature is warm.

Antler - new antler of male deer, growing after old antler had dropped out in spring or autumn, is taken and dried in the shade. Calcium is contained in antler.

Cordyceps - it is also called a silkworm cordyceps and contains galactoxyloglucan and others with antibacterial function. Rehmannia glutinosa - it is a rehmannia root steamed and thereafter dried, among which immersed in alcohol and steamed/dried nine times is called 'Gujihwang' known for the best efficacy.

Angelica - it is root is used as a drug and contains lactescence with a strong aroma. fragrance. Angelica contains sucrose, vitamin E, etc.

Cnidium Cnidium rhizome - is grown as a medicinal plant, and used as it is or after parboiled in water. Cornus fruit - it is edible and tastes sour because it contains organic acids, malic acid, grape acid, etc.

Save this product for later